365 things to do in Rhode Island this year

What Happened This Year: The Best of 2015

What Happened This Year: The Best of 2015

2015 is over! Phew, right? Election anxiety, meteorological fears, and that godforsaken dancing cop aside, there were a lot of good things that happened, especially locally. Here’s my own personal list of the year’s cultural highlights. 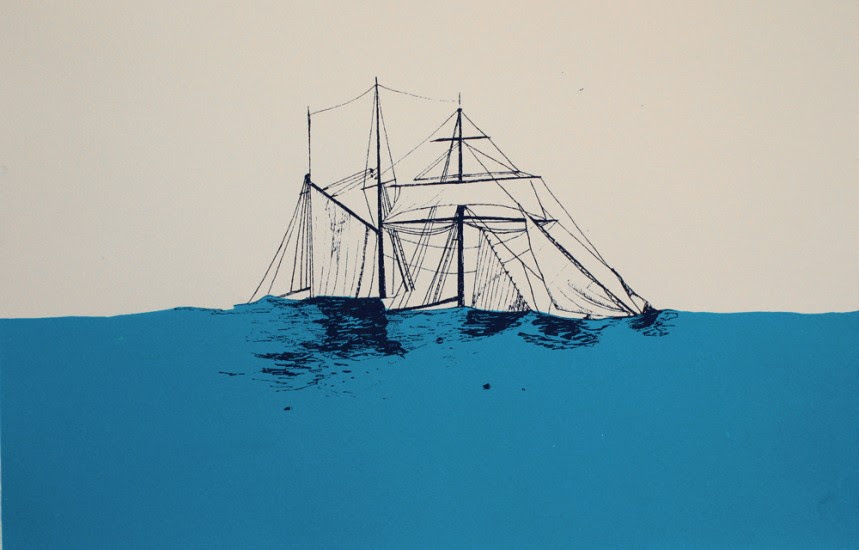 DAVID WINTON BELL GALLERY put on a fantastic exhibit of work by New York artist HANK WILLIS THOMAS. Appropriation-based photography can get tiresome in the wrong hands, but Willis’ sculptural and video pieces got pretty deep. (Willis also gave a great artist talk in conjunction with the opening.)

My favorite historical show of the year was the grim but poignant ARMENIAN GENOCIDE CENTENNIAL at STUDIO Z, a gallery which abruptly lost its Butcher Block Mill space this fall. Owner Berge Zobian is currently crowdfunding to recoup the losses from the $120,000 he put into the space before getting unceremoniously kicked out.

Rhode Island being the creative, underemployed place that it is, there are tons of amazing non-profit arts programs for youth and adults. RHD-RI has really upped its profile recently. The program (serving adults with disabilities) had a number of visible art projects over the past year, including an eight-week collaborative residency at THE DRAWING ROOM.

Of all the gallery shows I saw this year, though, the one I keep going back to is ALLISON BIANCO’s excellent show at CADE TOMPKINS PROJECTS [pictured], with screenprints featuring elegantly rendered shipwrecks on jaunty monochromatic seas.

Finally, a special mention should go to the most saddest (and most talked-about) public art of the year, the LONELY tags of Lincoln artist DEVIN COSTA. Embarrassingly, I didn’t realize how truly effective they were until I saw two museum directors having a Facebook exchange about the work. (This was before Costa was arrested.) Now I’m reminded every time I leave the laundromat and see the Lonely facing the parking lot across the street. 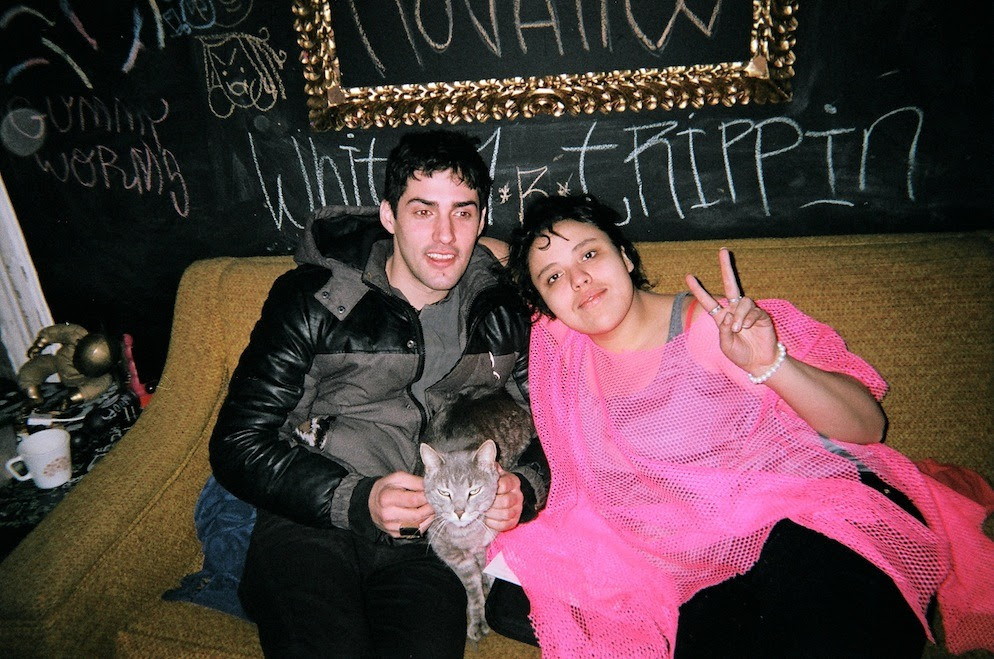 As one-third of sextet Downtown Boys and as the two halves of MALPORTADO KIDS [pictured], Victoria Ruiz and Joey DeFrancesco stayed very busy this year. Self-described “anti-colonial tropical dance-punk duo” Malportado Kids are the first local band that I’ve gotten PR emails about since Elvis Perkins was signed to Astralwerks. I really love the duo’s approach to cumbia, a broad genre I usually find fun but pretty inoffensive even in its edgiest electronic forms. TOTAL CULTURA (Dead Labour) is my pick for local album of the year, and “BRUJA COSMICA” for single of the year.

With saxophones hearkening back to the days of Lora Logic, DOWNTOWN BOYS’ bilingual Full Communism (Don Giovanni) dodged punk cliches and won praise from Spin, Rolling Stone and Pitchfork (who gave the album a respectable 7.6).

There’s so much music that comes out ever week. At music download site Bandcamp, there are 400 recordings tagged “Providence” that have come out since last May. I can’t say that I’ve listened to every single one, but one favorite is VIRUSSE’s Bouquet de Sable, a moody electronic EP that was released back in May (on my birthday, as it happens).

As venues go, I honestly didn’t think anyone expected much from AURORA when it opened in 2014. Then somehow it became the city’s most vital artery for music. It helps that they somehow finagle free Monday night shows with actual touring musicians, not to mention hosting Tuesday evening piano lounges and, until recently, their monthly Public Access 90s house parties. Which come to think of it were also free. 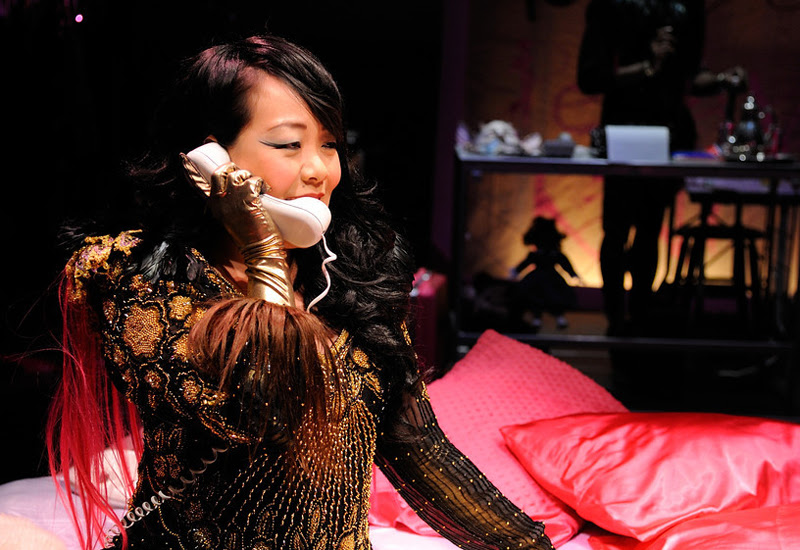 I missed more than I saw this year, which I guess is to be expected in a city with literally dozens of theatre companies. I tried, and failed, to get to every theatre at least once. (And, I should note, I saw more in the spring and summer than I did in the fall.)

My favorite overall show, after a rocky first five minutes, was Out Loud Theatre’s production of RHINOCEROS. The young cast acted their hearts out in Ionesco’s fascist allegory, while also rolling audience members around in wheely carts for the duration of the show.

I loved JESSICA KO‘s impressively vapid performance in the title role of Fassbinder’s The Bitter Tears of Petra Von Kant. (Vapid is good, in this case.) Staged at the criminally underutilized Pell-Chafee Performance Center, the show is all bitchy sobbing beneath a shiny pink artifice, and Ko was rather resplendent as the spoiled diva stomping around her boudoir.

Another excellent surprise was the light summer stock comedy I Hate Hamlet at 2nd Story Theatre. Plays about actors normally set me on edge, but I loved the scene-stealingly funny ISABEL O’DONNELL as a psychic apartment broker with a direct line to the late John Barrymore.

This summer I was glad to have caught WHERE THE WILD THINGS ARE at The Dean hotel as part of the Providence Fringe Fest. This one-man production started off in the hotel lobby with Andrew Polec dressed as Max, the hero of Maurice Sendak’s most famous children’s book. Who knew that forty-five minutes later it would end with the actor, stripped down to his underwear, stomping on a bed reciting Shakespeare while two dozen cramped audience members crammed together in awe on the floor?

I loved Strange Attractor’s bizarre IDLE IN NEWPORT. Staged in a house in the middle of July, this Christmas spectactular featured a pair of loony old New England siblings putting on a variety show, until their crazed ballerina sister escapes from the attic and all hell breaks loose.

As a local native and more specifically a graduate of Cranston East, I’m hesitant to think of Rolfe Square as a cultural hub. I will go to Sonia’s for Middle Eastern groceries, Durfee’s to get keys made, the post office with the friendly bear behind the counter, and Mesa Cafe for slow but steady Mexican breakfast. But theatre? Hmmm. That said, EPIC THEATRE COMPANY lives up to its name, with a pretty constant year-round schedule that includes nine productions a year. They’ve just hit the halfway point with their 2015-16 season, dedicated to reinventions of the classics with titles like American Strippers and These Ruthless Bitches. 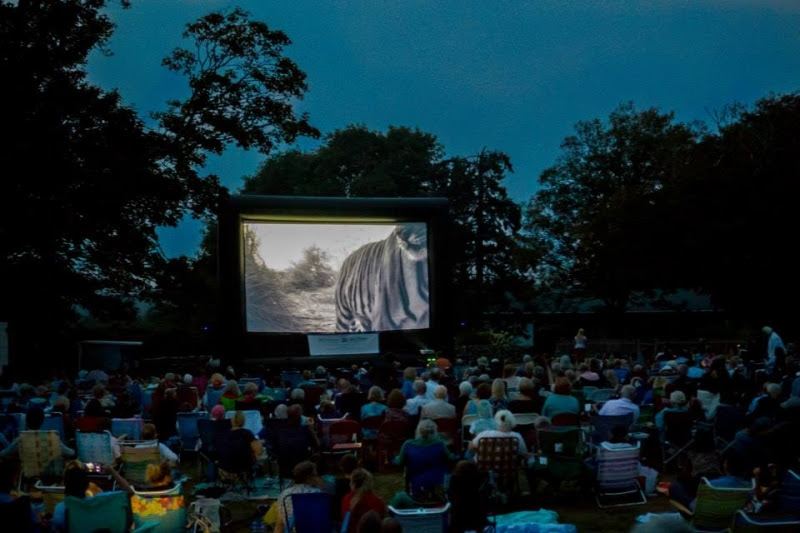 NEWPORTFILM really did a great job this year, screening outdoor documentaries all summer long on some of the island’s nicest lawns.

For inventive film programming, local public libraries in Westerly, Cranston and Barrington were a great resource for well-curated, free screenings of Italian features, disaster movies, and the films of Joan Crawford, respectively. WARWICK PUBLIC LIBRARY focused on the films of 1965, in celebration of the library’s golden anniversary.

CABLE CAR CINEMA was the most reliably good screen for independent films. They also hosted the Providence French Film Festival in the winter and the Arts & Design Film Fest in the fall, as well as regular screenings of experimental work organized by Magic Lantern Cinema. Bonus points for comfortable seats, beer and wine options, and Old Bay seasoning for the popcorn.

For the big blockbusters, though, the best theater is CINEMAWORLD LINCOLN, and I’m not just saying that because their website is way easier to navigate than certain other chain theater websites. The screens are big, the sound is good, and you don’t have to take seven escalators to get there. They also have a bowling alley and arcade! And a wonderfully old-timey Papa Gino’s right by the entrance. 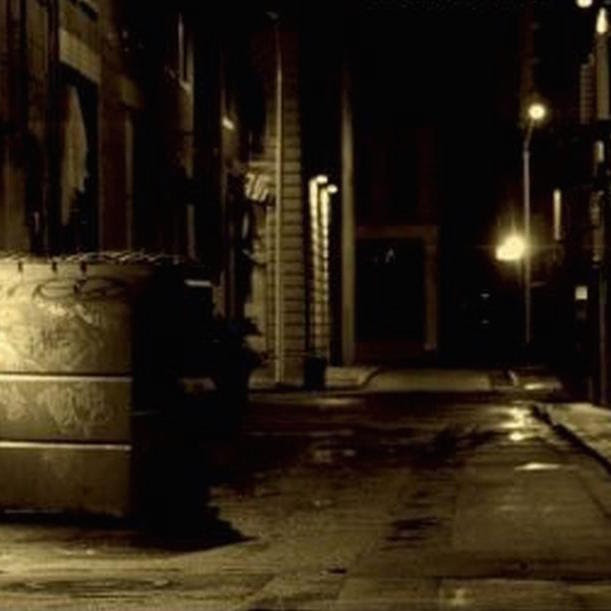 Local author Ann Hood brought Akashic Books’ Noir series to Providence, and the resulting anthology (PROVIDENCE NOIR) features fifteen local/formerly local authors doing their own spin on the genre, each taking a different neighborhood. (Well, mostly. As it turns out, my two favorite stories in the collection both end up at the Cranston Street Armory.)

FREQUENCY WRITERS continued to offer classes for those outside of the academic system. (They also put out a regular email list that was very helpful to me while scrounging up literary events around town.) Their upcoming spring classes include workshops in very short fiction, and a poetry class for war veterans.

I recently went to ADA BOOKS to Christmas shopping for, um, myself, and I realized the store is the nicest now that it’s ever been. I found myself picking up every single displayed title just because they all looked so good, even/especially in the small but carefully selected children’s section. Ada also features regular programming, including Kate Schapira’s long-running Publicly Complex series.

If you are the sort of person who can make it to readings at 2:30 on a Tuesday, it’s worth paying attention to BROWN UNIVERSITY‘s Literary Arts calendar. Well-known writers pass through the McCormack Family Theater for the Writers On Writing series, and many of the guest lectures and discussions are quietly open to the public.

Another excellent chance to learn from writers is the OCEAN STATE SUMMER WRITING CONFERENCE, held in June at URI. This year’s event included a poetry workshop with surprise Pulitzer winner Gregory Pardlo. 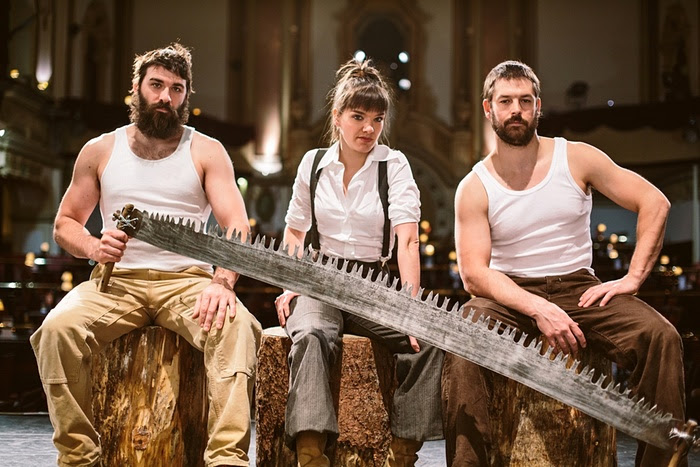 Some harder-to-classify performance things that I’m really glad to have caught this year:

BACH TO THE FUTURE 3 was the performance event of the year for me, a sundown to sunrise relay in Brown’s Manning Chapel with Bach interpretations ranging from the traditional and respectful to quirky drone. I drank so much coffee after midnight that I was a wreck for days.

DIRT PALACE pulled off the impossible and navigated our city’s crazy fire codes to become a legal venue this year. They celebrated with a great party. (Speaking of which, you should get over there to check out Walker Mettling’s zany nativity scene in the window before it goes away.)

This was the first year I experienced opera in a movie theater, forgoing the big productions at the Avon and the Showcase and heading straight to Benjamin Britten’s Peter Grimes at EAST PROVIDENCE CINEMAS. For $10, I got to see a show that I’ll most likely never get to see staged live, and as an added bonus my party of three had the movie theater entirely to ourselves.

I look at many, many websites each week trying to put this list together, and there are a few community listings without which I might have strangled someone by now. I already mentioned Frequency Writers, but I’d hate to forget the Happenings Around Town page on THE PROVIDENCE ATHENAEUM‘s website, which clues me in to lots of events I wouldn’t have otherwise known about. I’ve also grown to love the Boston-based site PLEASE ELABORATE, a clean-looking Boston-based listing of artist talks throughout the region.

One of the nicest things about Providence is how small it is and how helpful people can be when you’re trying to get your own wacky creative projects done. So I’d like to send personal thanks and praise (in chronological order) to HOUSE RED, who came out to Los Angeles for a Headmaster party in a swanky penthouse concept store; to PROVIDENCE COMMUNITY LIBRARY (where I am on the board), for doing a second iteration of the Dear Diorama exhibit; to ALL NINE ARTISTS featured in the latest issue of Headmaster; to the PROVIDENCE ATHENAEUM, for allowing me to host one last micro-memoir! workshop; to THE AVENUE CONCEPT, for giving Headmaster a grant to project video during the Providence International Arts Festival; to AARON PEXA and the other artists whose work we screened that day; to J.R. URETSKY and MAXFIELD MUNSON, for reading stories in bed and solving an art heist at The Dean Hotel; to Jaime Lowe’s STORY LABORATORY for inviting me to read in October; to AS220, for hosting Not About The Buildings’ Spelling Bee for the eighth year in a row; to everyone who helped make this spelling bee happen – Mark Sawtelle, Kath Connolly, JP Reader, Jason Tranchida, and Genevieve Cross; to the RISD MUSEUM and all the other venues that screened Visual AIDS’ Radiant Presence for World AIDS Day; to VJ DILF, for VJ-ing Headmaster’s recent holiday party. (And also to the many people I’m probably forgetting.)